The heroic quest of the naive Jean de Beauvallon in the land of the Ghlomes... and of the naughty Ghlomettes. 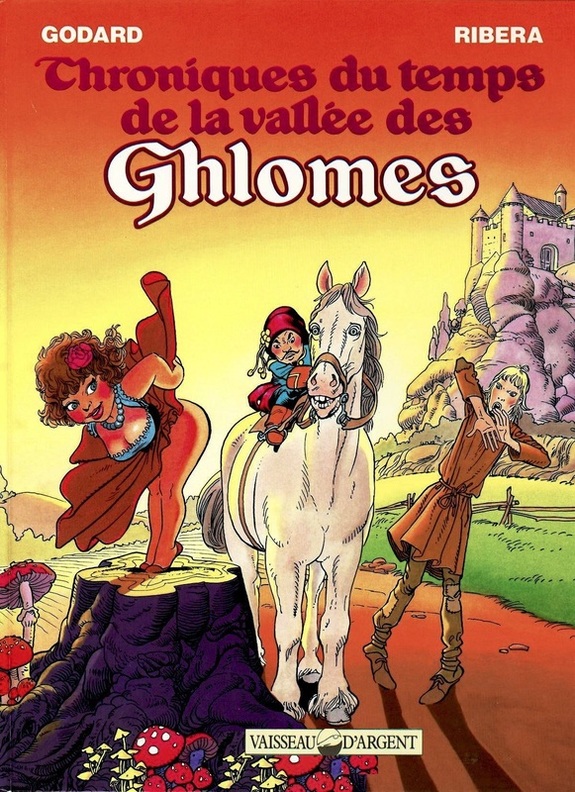 Chronicle of the Time of the Ghlomes Valley


In Krokebouh, the King's powers are seriously being questioned, and only a new vial of the precious Liquor of Power will restore his authority…
Jean de Beauvallon, a simple-minded villager, and his Liege, the Knight of Krucheboll, leave their native region to go on a quest: they must find the Liquor of Power, which means venturing into the Valley of the Ghlomes... and the cute and mischievous  Ghlomettes! 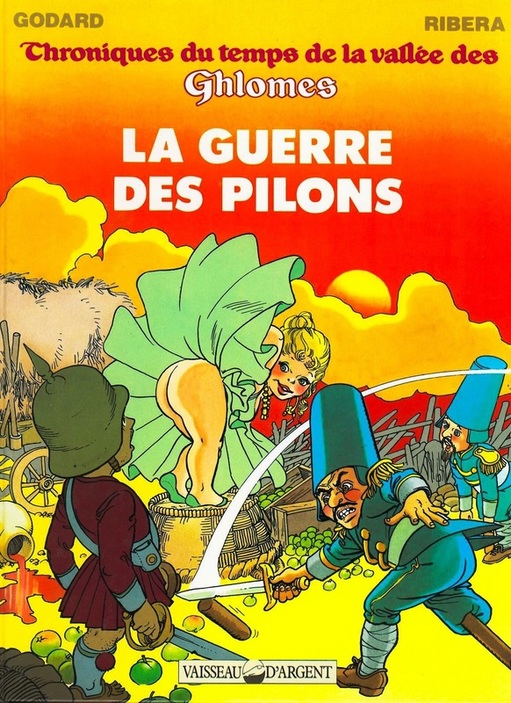 The War of the Wooden Legs


Crossing the Valley of the Ghlomes, the valiant Knight of Krucheboll and the ever-clueless Jean de Beauvallon are separated by a sandstorm.
Jean faints, and when he comes to, finds himself in the Kingdom of Lychemoth, where the War of the Wooden Legs rages, opposing left-leg amputees and right-leg amputees...
He is sold to the Queen's harem... 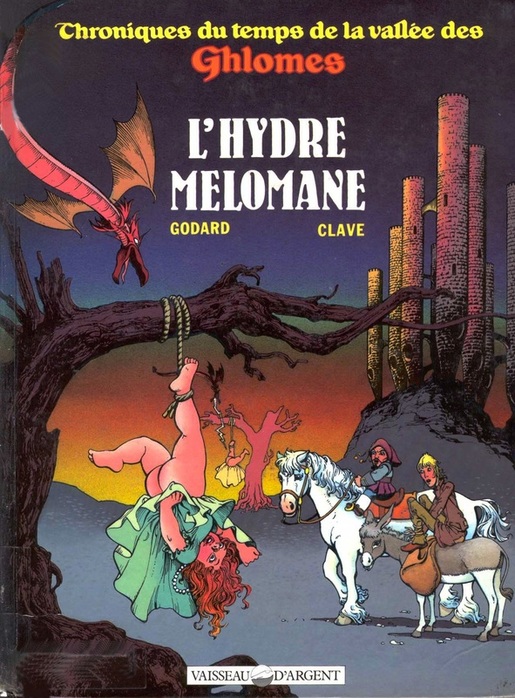 
Robbed by a gang of highwaymen, Jean de Beauvallon and the Knight of Krucheboll must chase the thieves all the way to Hydramabad, a kingdom ruled by a Hydra, to retrieve their Fairy-Skin bag, which has magical powers.
They find themselves unwittingly involved in the fight between the "Music Lovers", who rule the country, and the "Food Lovers", their political opponents. 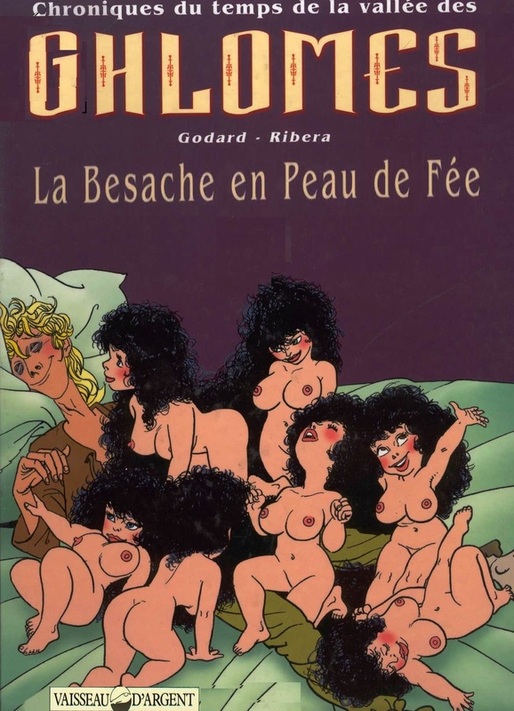 The Bag Made of Fairy-Skin


The Knight of Krucheboll and Jean de Beauvallon have heard that the Hydra owns a vial of the Liquor of Power they're after. Alas, the Liquor turns out to be the wrong kind. The Knight finds himself in jail, while Jean lands in the clutches of the Hydra's daughters, seven Siamese sisters.. all linked by their hair !
Powered by