When we asked Christian Godard - who was adamant he wanted a department tagged "Miscellaneous" on his website - what he planned to put in it, he replied "Anything !".
As we insisted, he explained :
"As a child, I lived with my parents, which is in no way original, but weighs heavily on one's future.
In our apartment's largest room, i.e. the living room, order reigned - first, because my mother insisted upon it, in the manner of some highway patrolmen I could mention ; but also because there were very few unnecessary things in the room. However, with her Libran sense of balance, my mother made sure not to do anything disproportionately. Thus did she agree to leave on the mantle of the chimney a kind of red cauldron, with two handles, but without a cap. Inside this container, anything superfluous imperatively had to disappear. You could find an amazing mess in there. Which seemed all the more amazing by its very rarity in our home. I loved to dig inside whenever I was alone in the apartment. Otherwise, caught in the act, a loud voice would boom, spoiling my fun : "What are you looking for ?!"
I wasn't actually looking for anything in particular. Same as anybody else, I longed for surprises. No matter how often I looked in there, the fact is I always felt as though I was discovering something new. Old nibbled crayons, oily makeup leftovers, little bits of hairy strings, impossible to unknot, garter belt straps (which would send me in a trance), spectacles that always missed some part, either a lens or a temple, glass buttons, cut like gems, which instantly became diamonds in the eye of the little boy I still was... And many other treasures.
My life as an author has led me to collect an amazing number of miscellaneous things of the same kind, and I hope some of my website's guests, discovering some glass button among the mess, may inadvertently take it for... who knows ?... a diamond, maybe !" 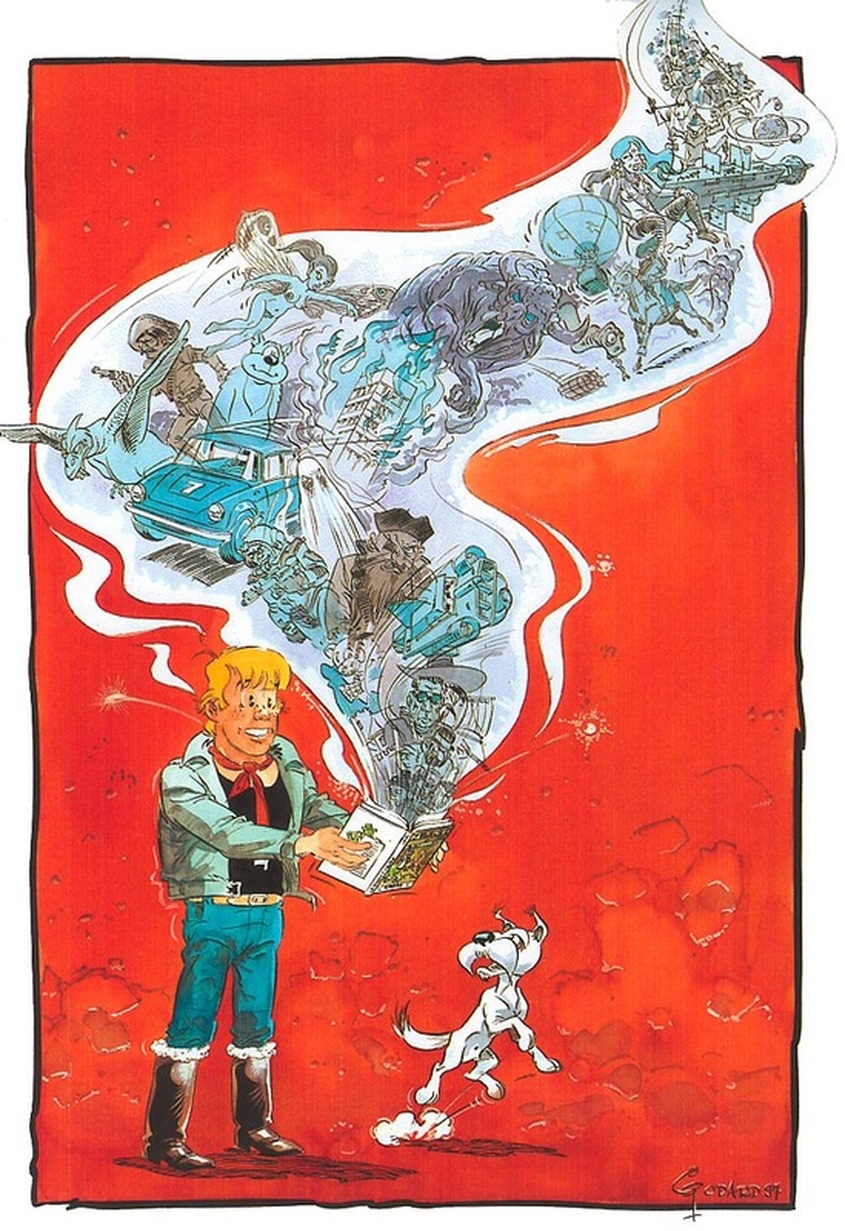