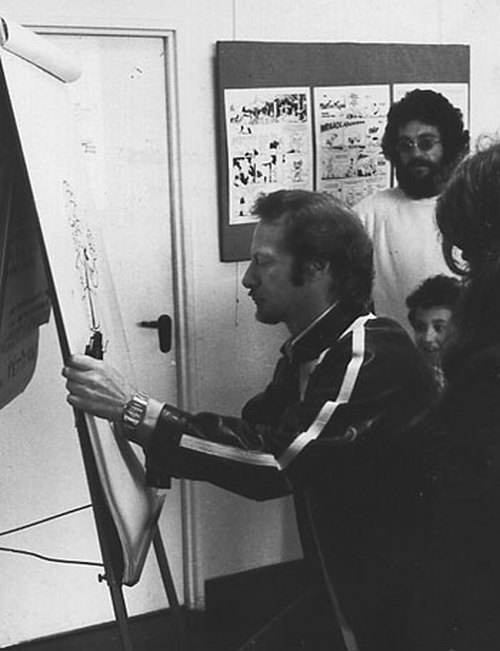 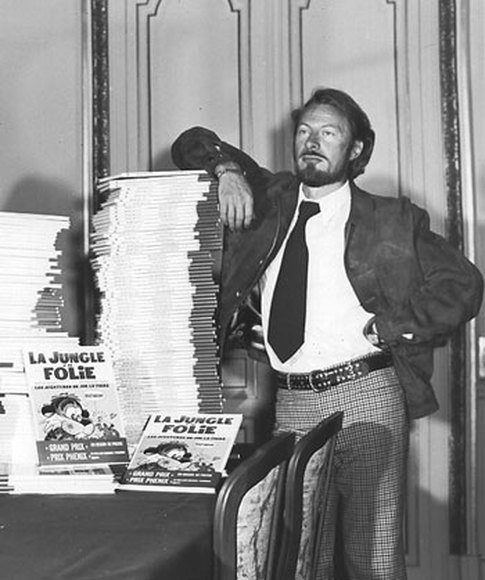 Proudly showing off with the first book of "The Jungle Gone Wild / La Jungle en Folie". 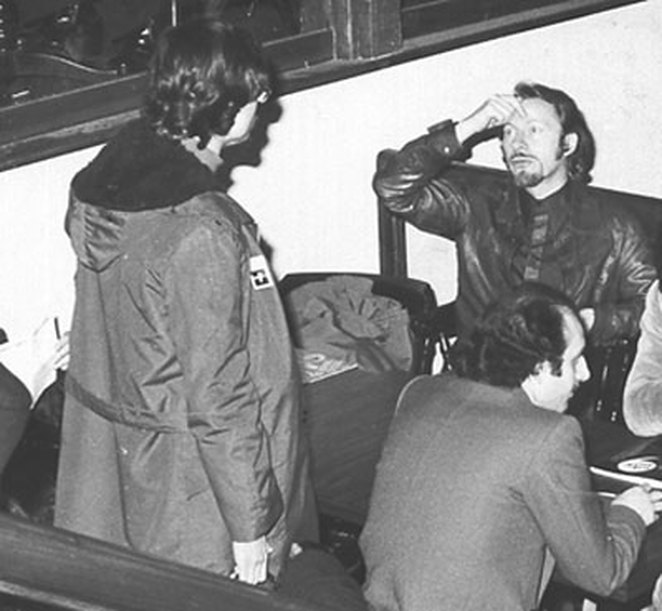 Godard with Cabu and Filippini, seated and seen from the back, at the Angouleme comic books fair. 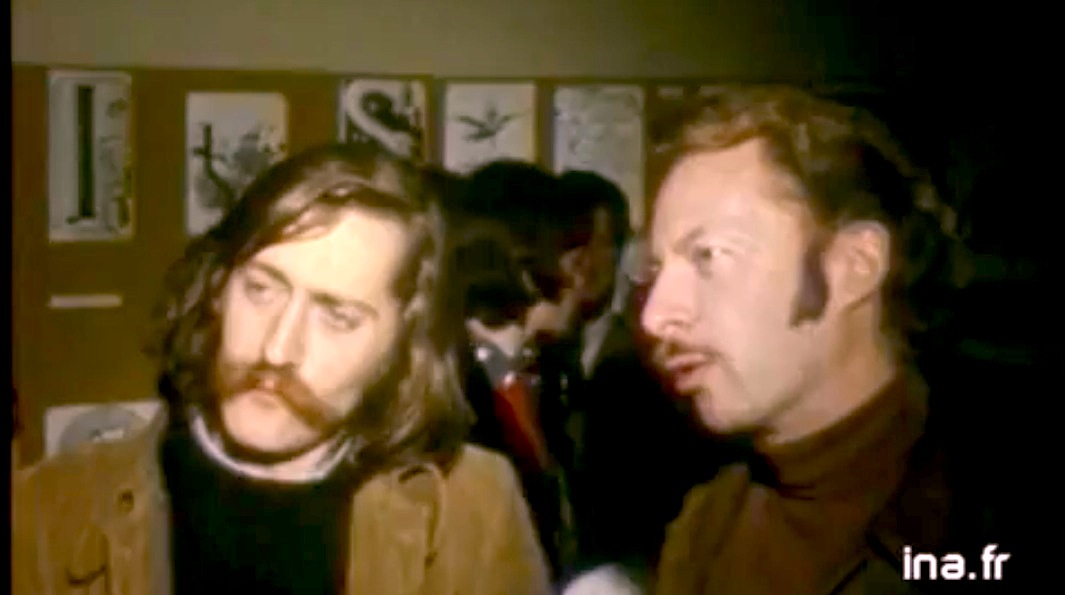 Godard (right) with Alexis, in Angouleme, while receiving the Alfred Award for the comics script of the Jungle. 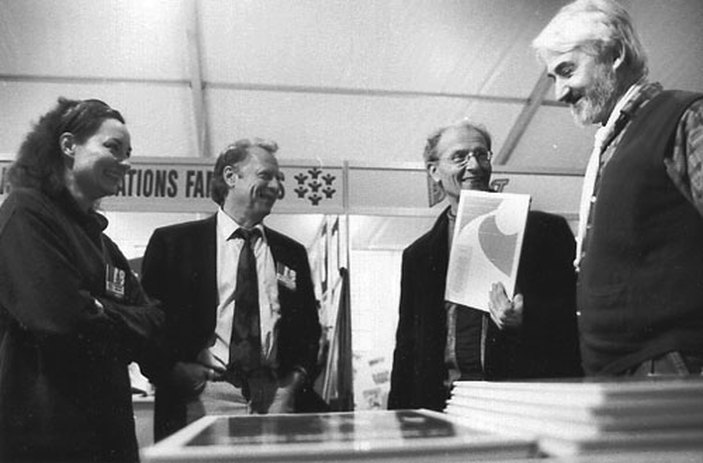 With Florence Magnin, Jean Giraud-Moebius, and Julio Ribera in Angouleme. 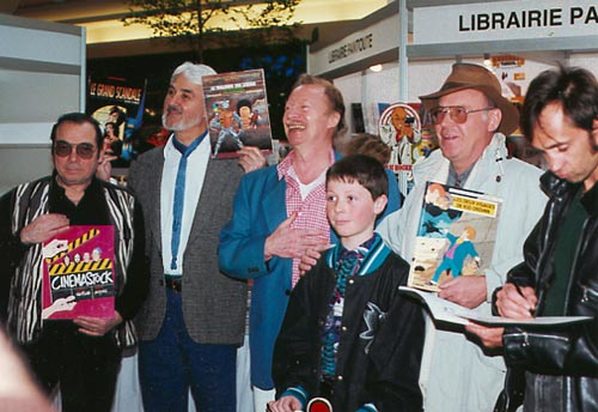 With Gotlib, Ribera, Tibet and Ptiluc, in Quebec. 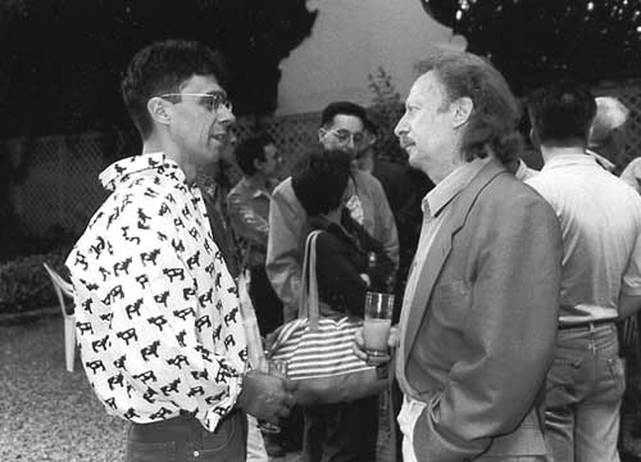 Christian Godard with Jean Léturgie at a Dargaud party. 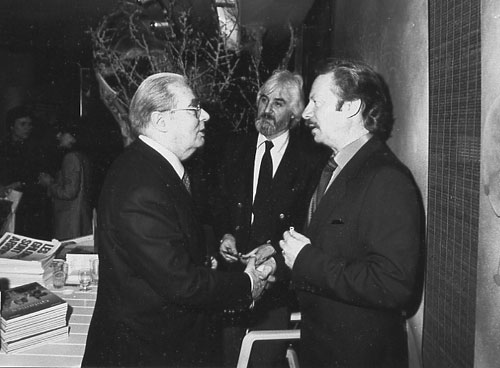 With George Dargaud, and Julio Ribera (in the background), during the launch party for "the Ghlomes Chronicles". 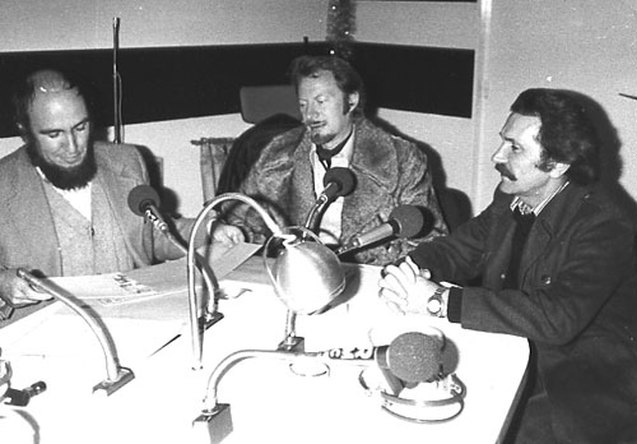 With Jean Tabary, during a radio interview. 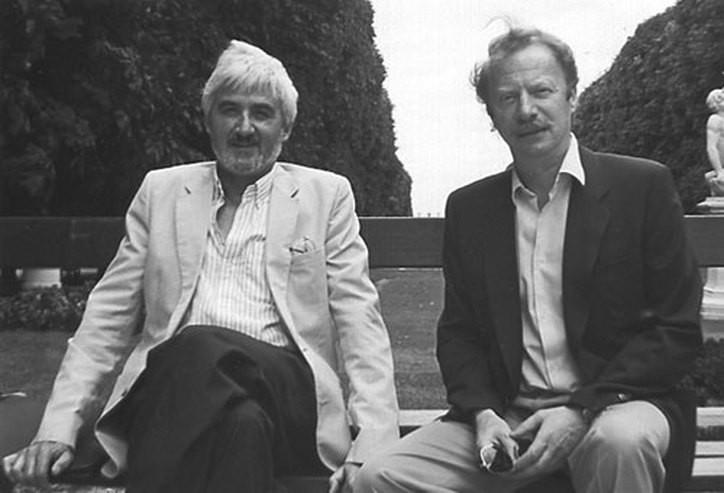 With Ribera, during the creation of the Vaisseau d’Argent. 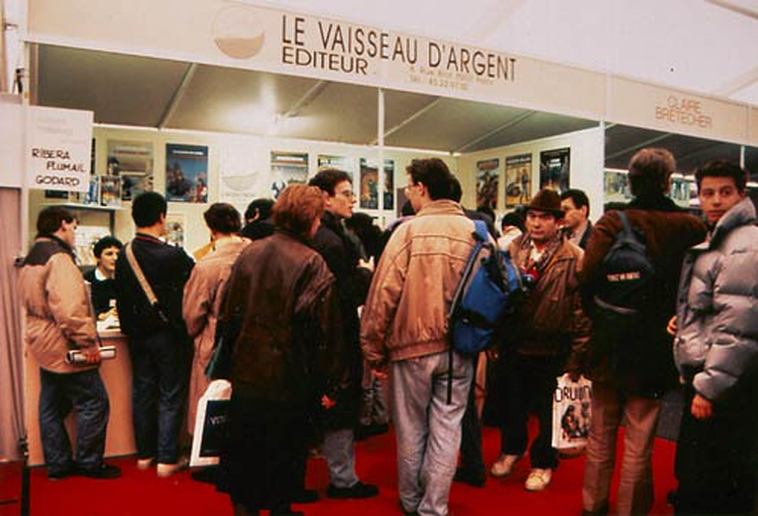 The Vaisseau d’Argent, at the international Angouleme comics convention, and the crowd. 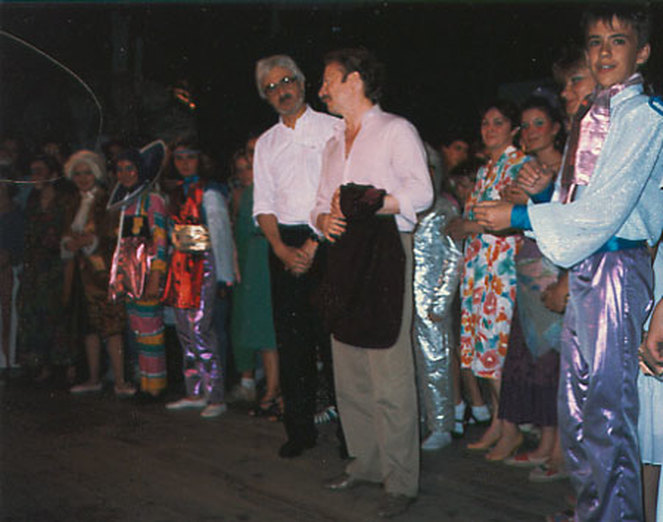 At Cadenet, during a show of the musical based upon "The Vagabond of Limbo”. 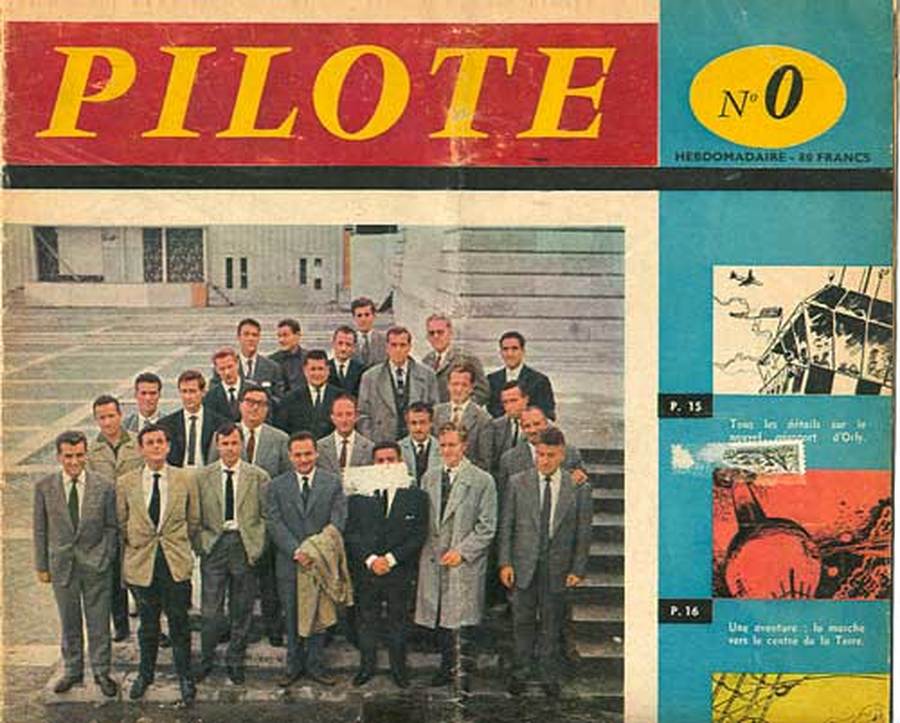 A rarity : all the original team from Pilote magazine, gathered for the cover of “Number zero”, the very first issue, with Remo Forlani, Rene Goscinny, Albert Uderzo, Louis Murtin, Lucien Nortier, Christian Gaty, and a few forgotten others, may they forgive me... 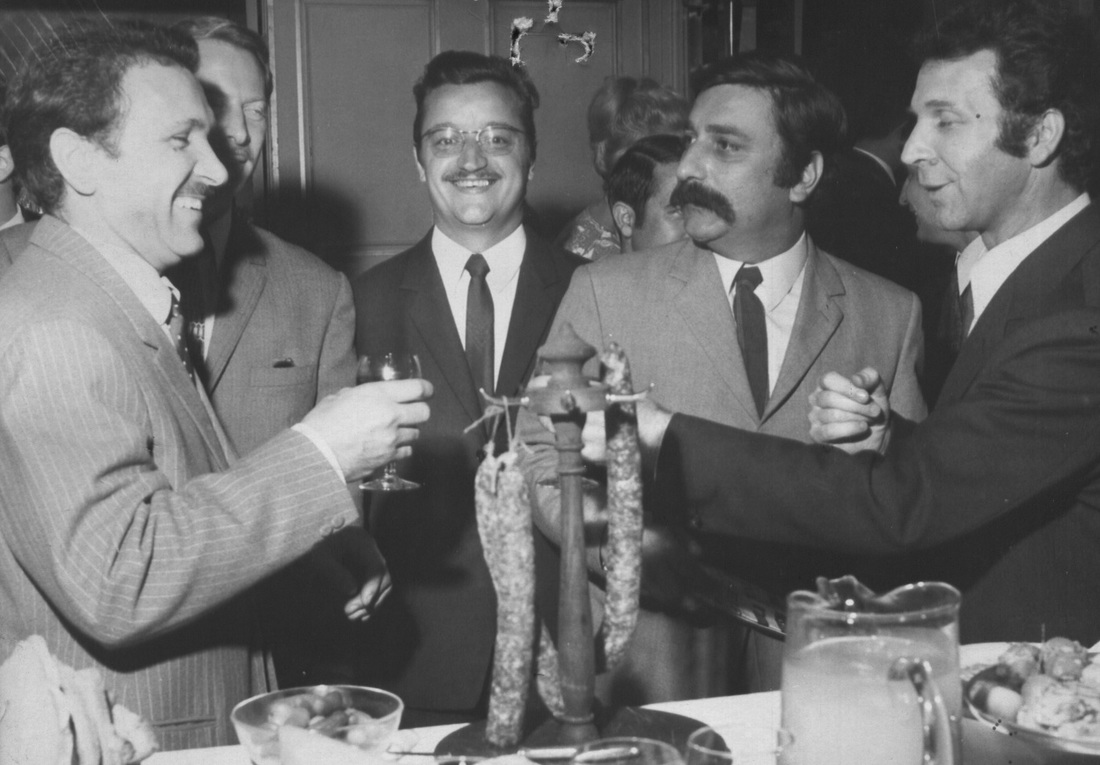 With Jean Tabary, Chakir, Fred, & Pierre Tabary, at the time of Pilote. 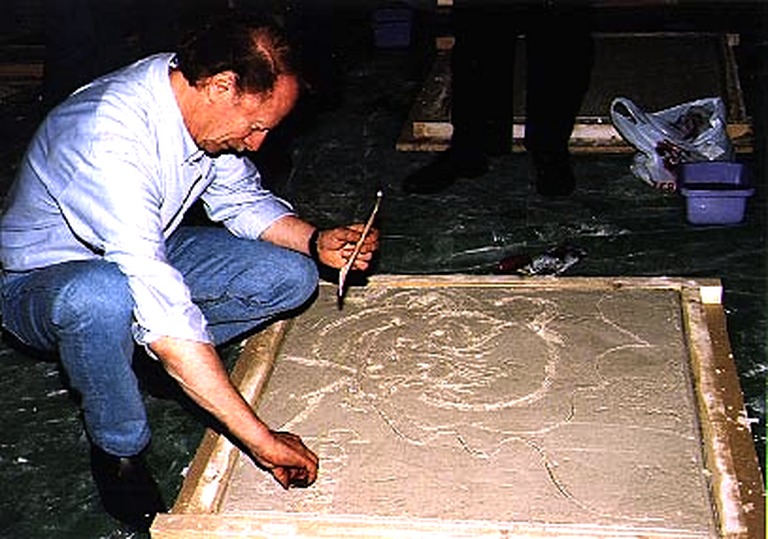 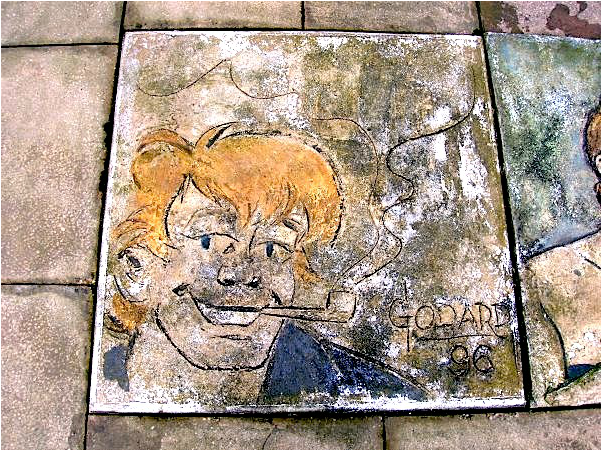 Martin Milan, among the flagstones created by the most interesting comics artists handpicked by the CNBDI at Angouleme 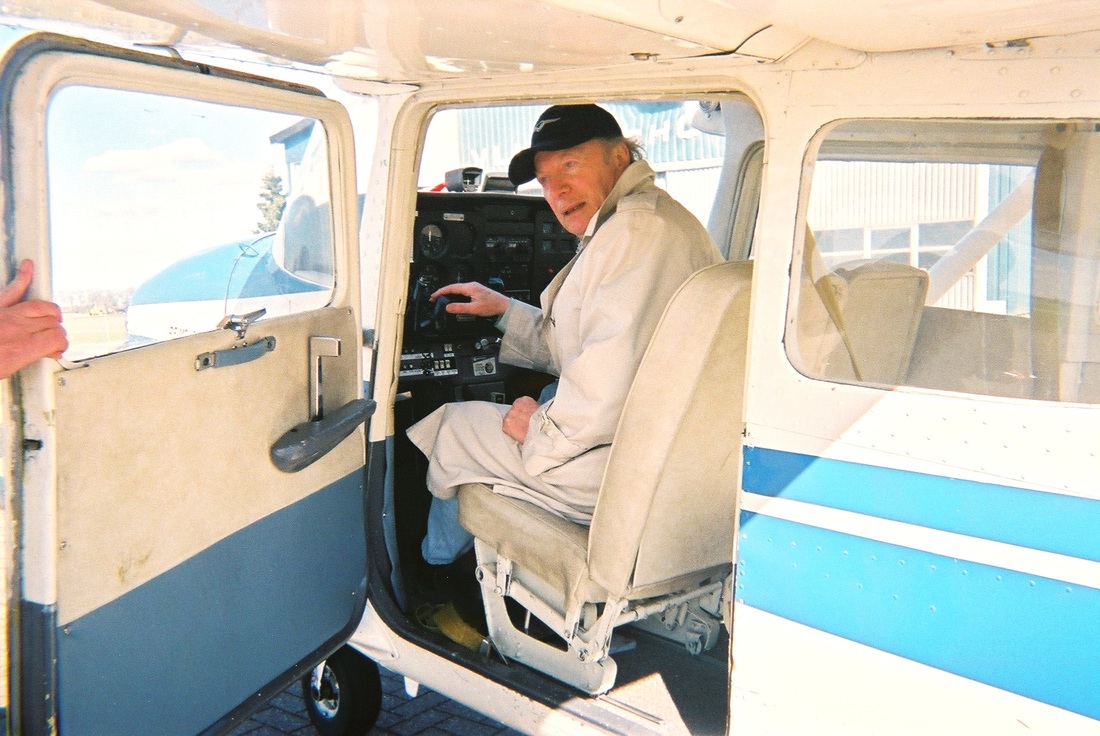 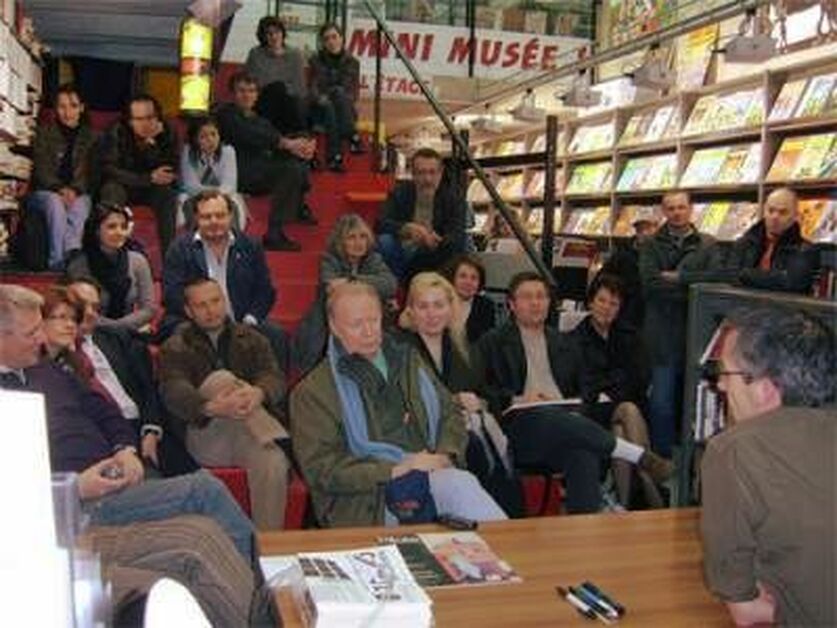 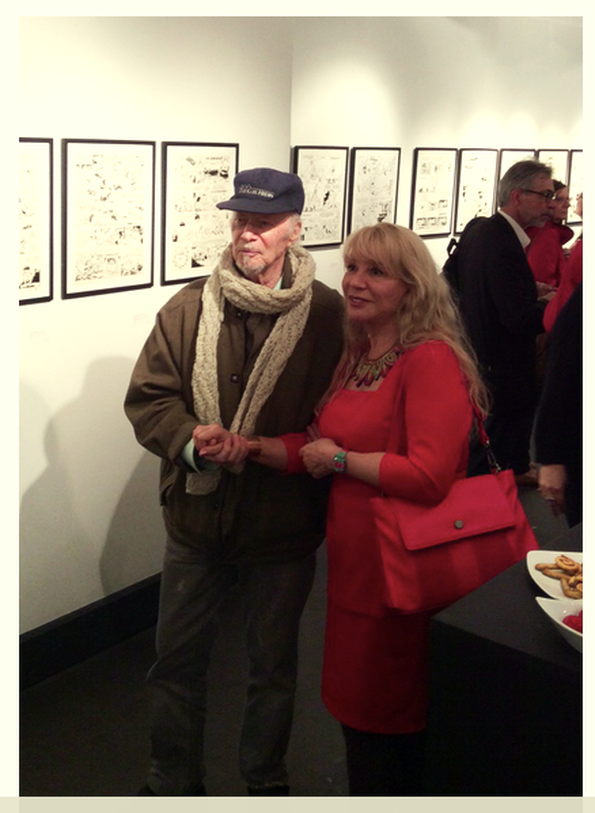